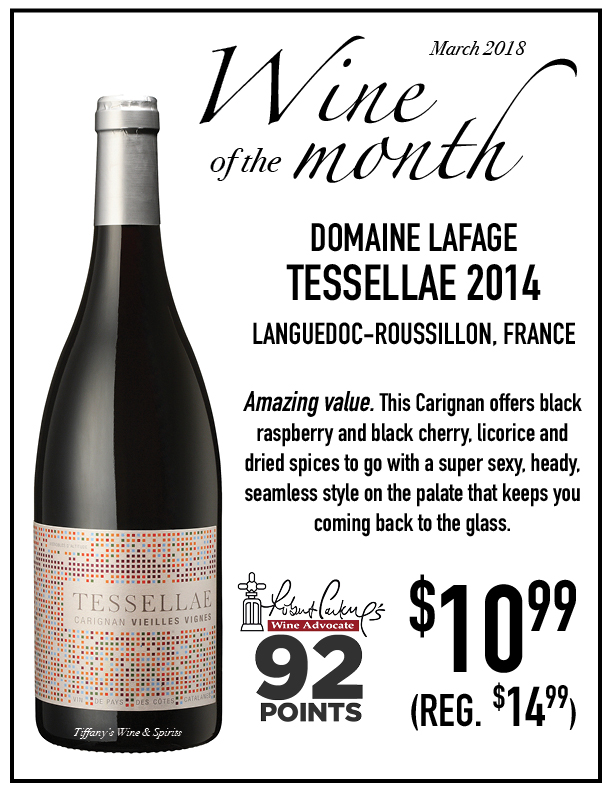 Carignan has had a rather tumultuous history in the south of France. Once seen as a necessary grape to spur the recovery of the region after the plague of phylloxera in the late 19th century, primarily for its ability to produce high yields, it has been largely replaced with “nobler” varieties such as Grenache, Syrah and Mourvedre. This is unfortunate – for as challenging as the variety is to love when the vines are young, they are superb with half a century under their belt. Jean-Marc Lafage luckily resisted the call to uproot and replace this variety, and he possesses Carignan vines well over 70 years old on schist with which he makes the Tessellae Carignan. 100% Carignan from old vines.

92 Points. Robert Parker ~ “A crazy value, the 2014 IGP Cotes Catalanes Tessellae Carignan Vieilles Vignes is one of the best examples of this variety from the Roussillon, and the fact that it sells for a song is just icing on the cake for the consumer. Coming all from schist soils and 70-year-old vines, raised 12 months in a mix of concrete tanks and demi-muids, it offers tons of black raspberry and black cherry fruit, licorice and dried spices to go with a super sexy, heady, seamless style on the palate that keeps you coming back to the glass”.

About the Author: admin